Light of the Arctic 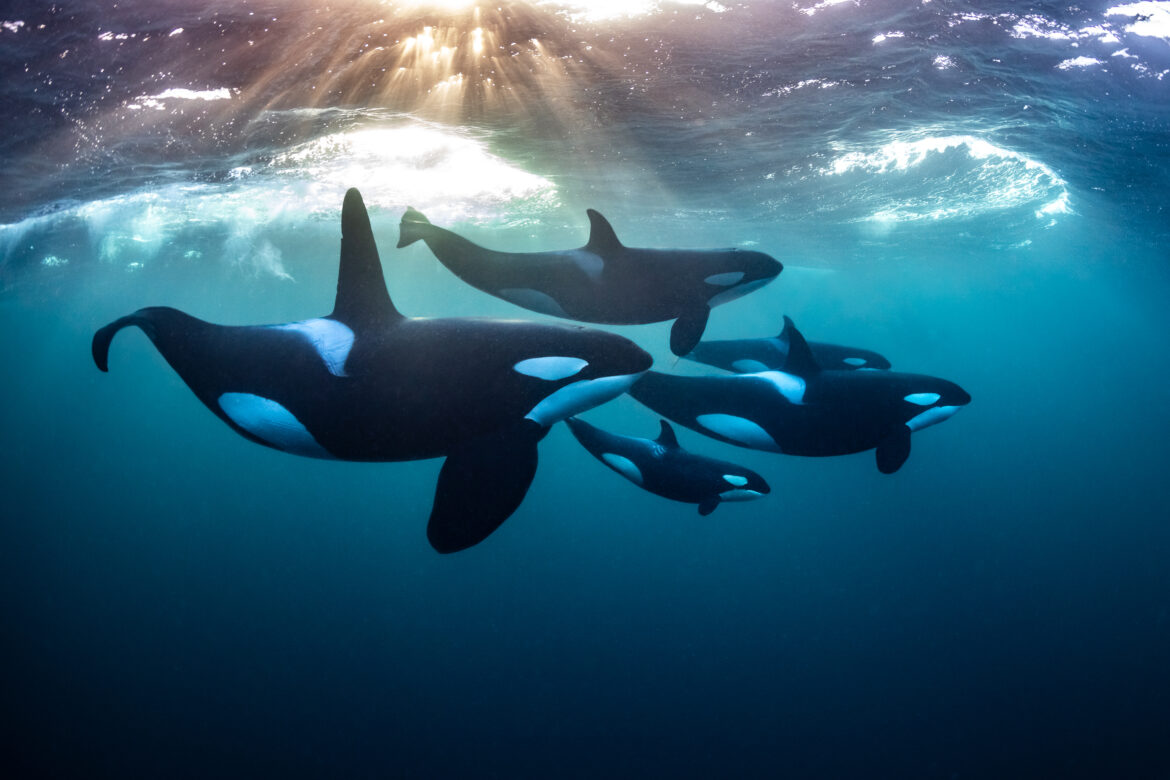 Light of the Arctic Part I 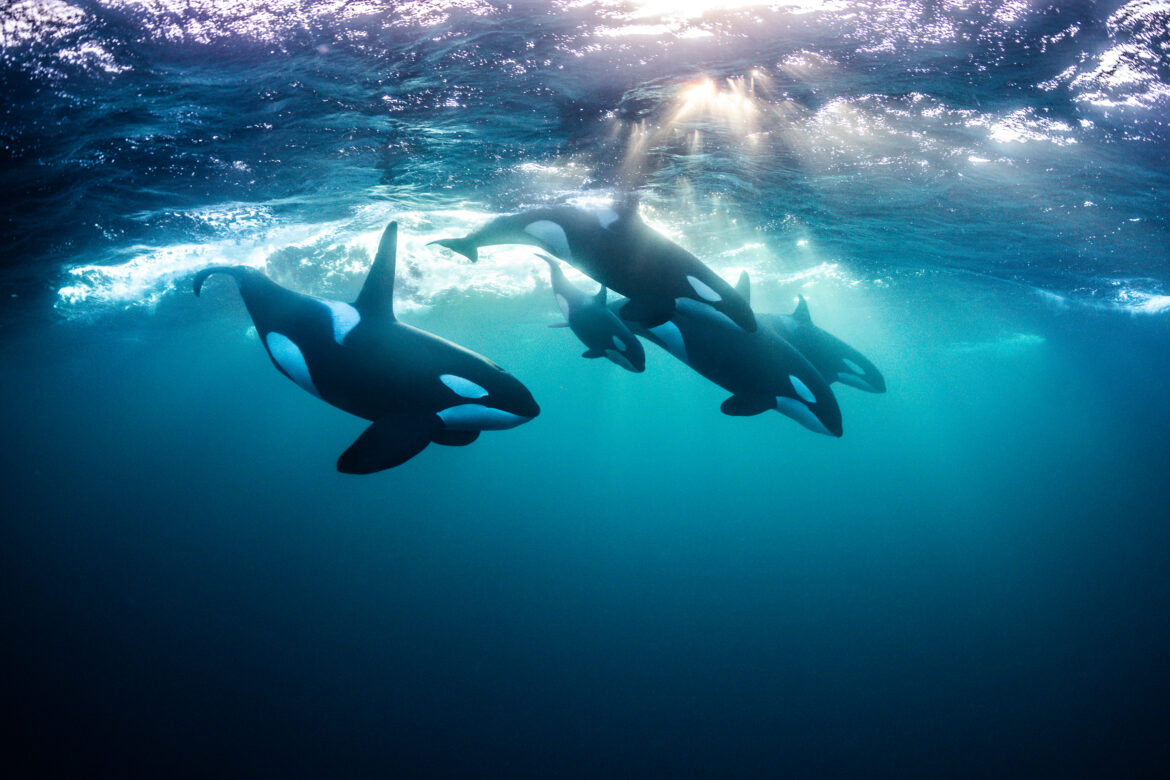 Light of the Arctic Part II 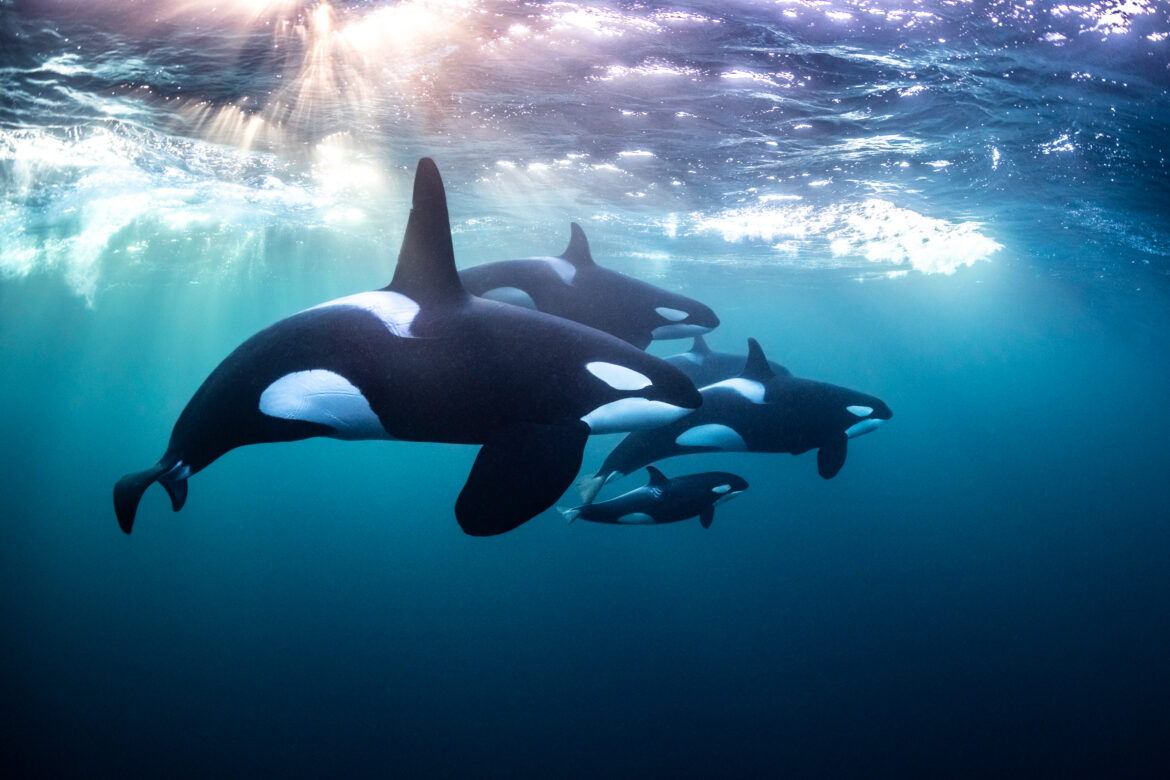 Light of the Arctic Part III

Light of the Arctic

Light of the Arctic is a split second in time; a fleeting moment, years in the making.

A combination of impossible circumstances and repeat visits to the Arctic Circle enabled this brief but ethereal moment to transpire. On this day, gale-force winds created dangerous sea conditions, but as a result formed rolling open ocean swells and breaking surf. I remember the freezing Arctic winds cutting through my body, leaving me feeling immobilised. With strong winds and temperatures of negative 15 degrees Celsius, conditions were rapidly becoming too dangerous for diving.

Arriving late in the season, the Arctic sun was experiencing its last days above the horizon. Soon it would disappear, not to return until many dark winter months had passed. With this low setting sun and rough water, I contemplated the impossible scenario of, ‘what if we actually encounter Orcas?’

At the day’s end, we finally spotted a pod of Orcas in an unusual setting. They were travelling together in rough, open ocean, rather than hunting along the sheltered coastline for migratory herring. They appeared to be playfully riding the ocean swells.

With much care and preparation (and once I was totally sure that the pod was comfortable with our presence), I had the boat drop me about 200 meters from the travelling Orcas. If they chose to investigate, I was in position and would have only seconds to frame the shot as they passed. There was zero room for error.

As luck would have it, they came incredibly close, effortlessly riding the swell to come within meters of me. What struck me most was the formation and the role of each member of the pod. Large, male bull Orcas seemed to work the perimeter of the pod with an investigative nature, while protecting the female members that hold the hierarchy of the pod and the security of the young. Their curiosity, intelligence and power, combined with the last rays of Arctic light filtering through the rough ocean surface created one of the most unforgettable moments of my life.

← Abyss
Back to collections